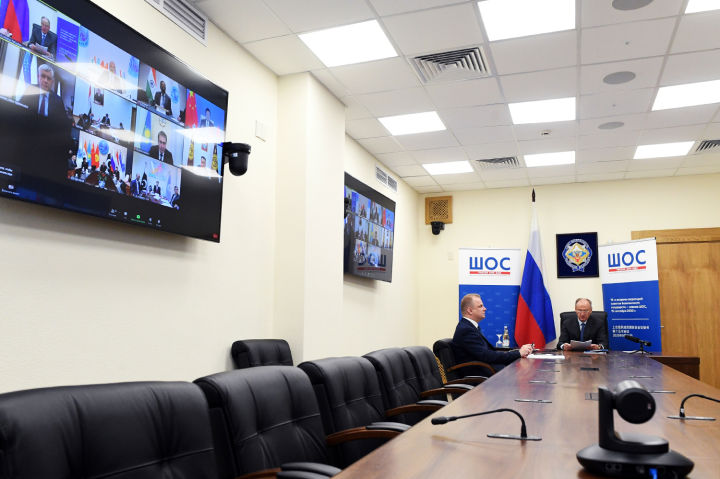 As part of the preparations for the upcoming meeting of the SCO Heads of State Council, the participants exchanged views on security and stability matters in the SCO space. They pointed out that the SCO efforts were still focused on combating terrorism, extremism, cross-border organised crime and the use of information and communications technologies for criminal purposes, on enhancing border security and fighting money laundering and economic crime.

The participants in the event condemned terrorism in all its forms and manifestations and reaffirmed their resolve to more effectively use the legal framework of the SCO states for the joint fight against terrorism, extremism and drug trafficking.

They agreed to continue working together against the proliferation and promotion of the terrorist ideology online, including public justification of terrorism, recruitment for terrorist purposes, incitement to commit acts of terrorism and terrorist training.

The sides noted their readiness to redouble their efforts to protect international cyber security based on the SCO agreement to this end.

They reaffirmed the need to draft, under the UN auspices, the universal rules, norms and principles of responsible state behaviour in the information space and a legally binding instrument for combating cybercrime.

The participants pointed out the erosion of strategic stability, first of all because of the US activities to destroy the legal framework of international stability. They noted that unregulated deployment of the global BMD system could provoke international destabilisation and the proliferation and build-up of missiles around the world.

The sides exchanged views on the growing instability in Afghanistan. They pointed out that peace and stability in the Islamic Republic of Afghanistan is a crucial factor of security and sustainable socioeconomic development in the region as a whole. They noted the importance of promoting collaboration with international and regional organisations in combating the terrorist and drug threats coming from Afghanistan.

The sides expressed support for the constructive efforts to launch intra-Afghan talks on a settlement of the conflict as soon as possible. They noted that the SCO-Afghanistan Contact Group should continue working and that it should implement the roadmap for its further actions.

They expressed concern over the potential growth of migration processes around the world as an additional threat amid the coronavirus pandemic and the global economic decline. They proposed analysing ways to strengthen interaction between their law enforcement agencies in the field of migration in order to coordinate the SCO countries’ common approach to this matter.

The participants pointed out that the safety of humankind depends on joint efforts against the threat of biological and toxin weapons and the spread of dangerous infectious diseases.

They agreed that the continuing COVID-19 pandemic is currently one of the biggest problems.

The sides mentioned the important role played by SCO RATS in coordinating the efforts of the SCO member states’ competent agencies against terrorism, separatism and extremism.

They also pointed out that the SCO security mechanism needed to be improved. In particular, they agreed to continue working to implement Russia’s initiative for creating a universal centre to counter challenges and security threats at SCO RATS.

The sides noted the reports delivered by the SCO Secretary-General and the Deputy Director of the Executive Committee of the SCO Regional Anti-Terrorist Structure.

The delegation heads commended the activities of Russia’s SCO Chairmanship to enhance security and stability in the SCO space and expressed support for its preparations of the SCO Heads of State Council meeting.

The event was held in a friendly and constructive atmosphere and proved the similarity of the SCO member states’ views on the development of a polycentric international order and their common resolve to find multilateral solutions to global problems based on respect for national sovereignty, international law and national diversity. 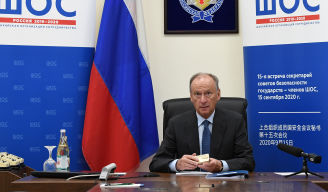 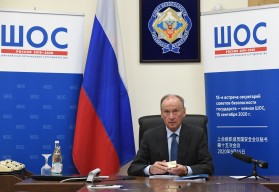