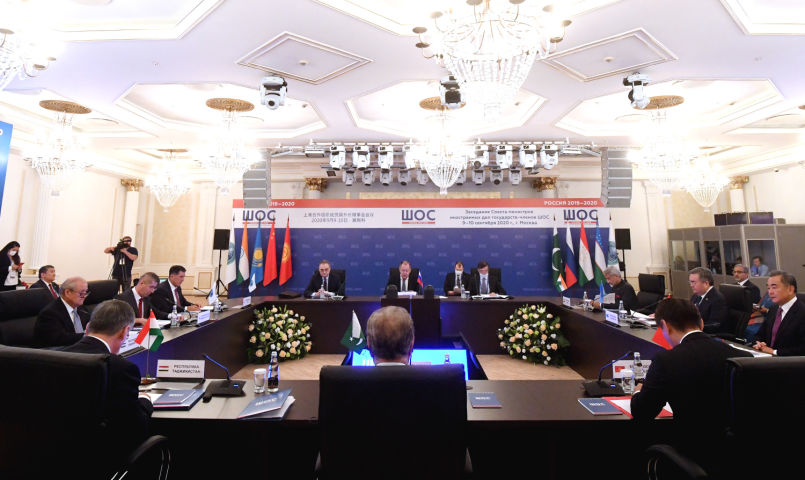 On 9 September 2020, the foreign ministers of the SCO member states had a meeting, via videoconference, with President of the Russian Federation Vladimir Putin.

Foreign Minister of the Russian Federation Sergey Lavrov chaired the meeting of the Council of Ministers of Foreign Affairs of SCO Member States.

The ministers discussed the state of the SCO and the prospects for its development in the context of the COVID-19 pandemic.

They noted that in this challenging sanitary and epidemiological situation, the SCO has reaffirmed its considerable potential as an effective platform for responding to the emerging challenges and coordinating efforts to address political, social, trade and economic ramifications of the COVID-19 pandemic, building on the principles of mutual trust and benefits, equality, mutual consultations, respecting cultural diversity and aspiring to joint development.

The ministers discussed the agenda and arrangements for the upcoming meeting of the SCO Heads of State Council (HSC), including the drafts of the outcome documents. They paid special attention to the political declaration that sets forth the coordinated approaches of the member states to the primary objectives related to promoting political, economic, security and humanitarian cooperation, as well as the draft Action Plan for 2021-2025 to implement the SCO Development Strategy Towards 2025.

The ministers approved the draft Statement by the SCO Heads of State Council on the 75th anniversary of Victory in WWII, stressing that the shared Victory over Nazism, fascism and militarism and the establishment of the United Nations (UN) in 1945 helped build a sustainable and effective system of international relations that enabled humankind to develop in peace.

The ministers emphasised the importance of the UN’s 75th anniversary and reaffirmed the SCO’s firm commitment to the central coordinating role of the UN and its Security Council in strengthening international peace and security, fostering development around the world and promoting and defending human rights.

The ministers noted that the SCO member states intend to play a more active role in building a multipolar international order rooted in the principles of international law, including the UN Charter, multipolarity, equal and indivisible security, renouncement of confrontation or conflict, and the aspiration to strengthen global regional security and stability. In view of the opinions expressed by the member states, the ministers pointed to the importance of carrying out initiatives to promote cooperation in building a new kind of international relations in the spirit of mutual respect, justice, equality and mutually beneficial cooperation, as well as developing a common vision to create a community of common destiny.

The ministers welcomed the outcome of the special high-level events held in the UN-SCO format on 19 November 2019 in New York and on 2 March 2020 in Vienna, as well as the signing of a Memorandum of Understanding by the SCO RATS and the UN Office of Counter-Terrorism (New York, 19 February 2020).

The ministers expressed deep concern over the growing scale and interconnection between international terrorism and its funding, separatism, extremism, drug trafficking, transnational organised crime and cybercrime, and pointed out the importance of redoubling joint efforts against security risks and threats.

The ministers noted that it is unacceptable to use modern technology, primarily the internet, for promoting terrorist and extremist ideology and for interfering in the internal affairs of sovereign states. They spoke up in favour of drafting, under the UN guidance, of the rules, principles and norms of responsible state behaviour in the information space and universal binding instruments aimed at preventing the use of ICT for criminal purposes. They approved in principle the draft statements by the SCO Heads of State Council on combating the proliferation of terrorist, separatist and extremist ideologies, including online, and on interaction aimed at fostering international information security.

Acting in compliance with the SCO’s firm resolve to contribute to the international community’s efforts against the illegal production, trafficking and abuse of drugs and psychotropic substances, the ministers coordinated a draft statement by the SCO Heads of State Council on this issue.

The ministers reaffirmed the SCO member states’ commitment to the principle of indivisible security and the need to reinforce the existing mechanisms of global and regional stability, as well as strategic arms control.

The ministers pointed out that the SCO member states-signatories of the Non-Proliferation Treaty stand for strict compliance with the Treaty’s provisions and for a comprehensive and balanced promotion of its goals and principles.

The ministers spoke up for a consistent implementation of the Joint Comprehensive Plan of Action (JCPOA) on Iran’s nuclear programme and called on all of its signatories to strictly comply with their obligations so as to ensure the plan’s full and effective implementation in accordance with UN Security Council Resolution 2231.

The ministers believe that an early enforcement of the safeguards Protocol to the Treaty on the Central Asian Nuclear Weapon Free Zone (CANWFZ), signed on 6 May 2014, by all of the signatory countries will greatly contribute to regional security and strengthen the nuclear non-proliferation regime.

The ministers emphasised the importance of keeping the outer space free from weapons of any type and signing a binding international document to prevent an arms race in outer space.

The ministers reaffirmed the great role of the Convention on the Prohibition of the Development, Production and Stockpiling of Bacteriological (Biological) and Toxin Weapons and on their Destruction (Biological Weapons Convention) in ensuring global security, as well as the importance of an early resumption of the talks on a BWC protocol, which stipulates, in part, an effective mechanism for the verification of BWC states parties’ compliance with their obligations under the convention. They also called for launching without delay multilateral talks on an international convention for the suppression of acts of chemical and biological terrorism at the Disarmament Conference in Geneva.

The ministers welcomed the efforts towards a political settlement in Afghanistan through a political dialogue and an inclusive peace process by the Afghans themselves and under Afghan supervision. They reaffirmed the SCO member states’ readiness to contribute to the strengthening of UN-led interaction between all the concerned states and international organisations aimed at ensuring the development of Afghanistan as a stable, peaceful and democratic state, including by promoting cooperation within the SCO-Afghanistan Contact Group.

The ministers reaffirmed the generally accepted view that there is no alternative to a political settlement of the conflict in Syria through a UN-led intra-Syrian dialogue based on respect for the country’s sovereignty, independence, unity and territorial integrity, as stipulated by UN Security Council Resolution 2254. They also noted the importance of international assistance to Syria’s post-conflict reconstruction.

The ministers noted the importance of concerted and inclusive multilateral efforts to restore stability of the global economy, including by creating a fair, non-discriminatory and transparent environment for trade and investment. They emphasised the key role of the World Trade Organisation in the discussion of the international trade agenda as well as the need to expand interaction in order to counter the manifestations of unilateral protectionism, to develop an open world economy and strengthen the transparent and rules-based multilateral trading system. In this regard, they agreed on the need to continue the effective implementation of the Programme of Multilateral Trade and Economic Cooperation of the SCO Member States (Tashkent, 2 November 2019) and to deepen interaction in the interests of forming a broad, mutually beneficial, equal and fruitful partnership in the SCO space.

The foreign ministers of Kazakhstan, Kyrgyzstan, Pakistan, Russia, Tajikistan and Uzbekistan reaffirmed their support for China's Belt and Road Initiative and noted the interested states’ ongoing work to implement this project and to align it with the Eurasian Economic Union.

The ministers emphasised the effective cooperation between the sanitary and epidemiological services and healthcare ministries of the SCO member states in their effort to keep their people healthy and provide them with medical, social and other protection amid the COVID-19 pandemic. The fight against the spread of the novel coronavirus infection required decisive, coordinated and inclusive multilateral efforts with the central role of the UN system, effective interaction between the SCO member states and the World Health Organisation (WHO), other international organisations and associations. The SCO foreign ministers also noted the importance of drafting a comprehensive plan to counter epidemic threats in the SCO region.

The ministers discussed aspects of cooperation between the SCO and other international organisations and forums, primarily the UN and its specialised agencies, the CIS, the CSTO, the EAEU and ASEAN. They agreed on the need to improve the regulatory and legal procedures for the SCO's interaction with interested states and international organisations.

The ministers praised the work carried out by the Russian side as part of the SCO chairmanship. The Council of National Coordinators of SCO Member States was instructed to continue preparations for the SCO Heads of States Council meeting. 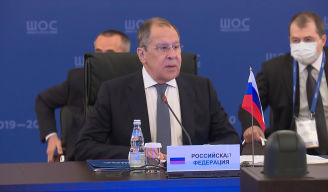 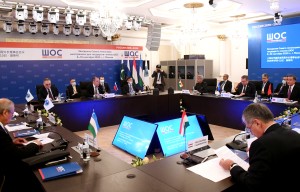 Meeting of the Council of Ministers of Foreign Affairs of SCO Member States. Day two 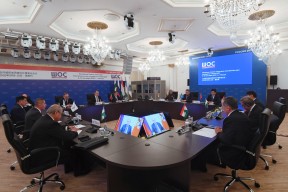 Meeting of the Council of Ministers of Foreign Affairs of SCO Member States. Day one