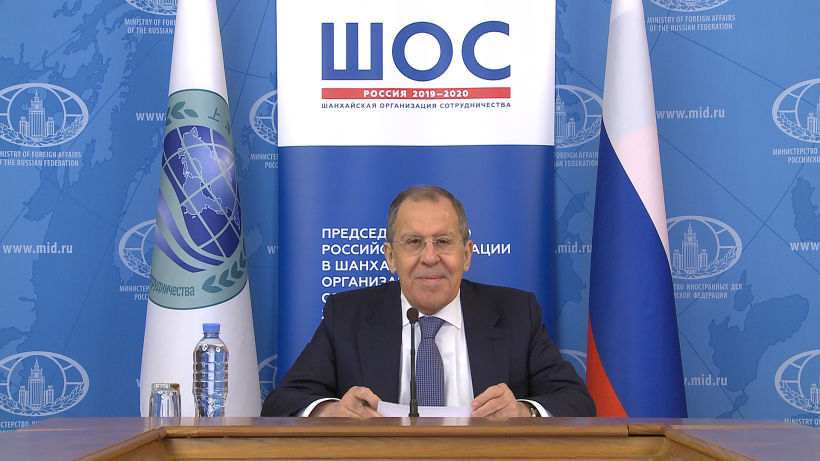 On 13 May, under the chairmanship of Russia’s Foreign Minister Sergei Lavrov, the foreign ministers of the Shanghai Cooperation Organisation (SCO) held a meeting via video conference.

The ministers focused on the priority tasks aimed at developing the SCO’s activities in the context of the spread of the novel coronavirus (COVID-19). They stressed the importance of promoting international cooperation in order to overcome the social, trade and economic aftershock of COVID-19 and prevent its impact on regional and global security and stability. They reaffirmed their readiness to further promote the SCO’s efforts to help reach a political settlement in Afghanistan as soon as possible.

The ministers had a detailed discussion on the implementation of Russia’s Action Plan for its presidency at the organisation with an emphasis on the preparations for the SCO Summit in St Petersburg.

Following the video conference, a Statement of the SCO Foreign Ministers was adopted.