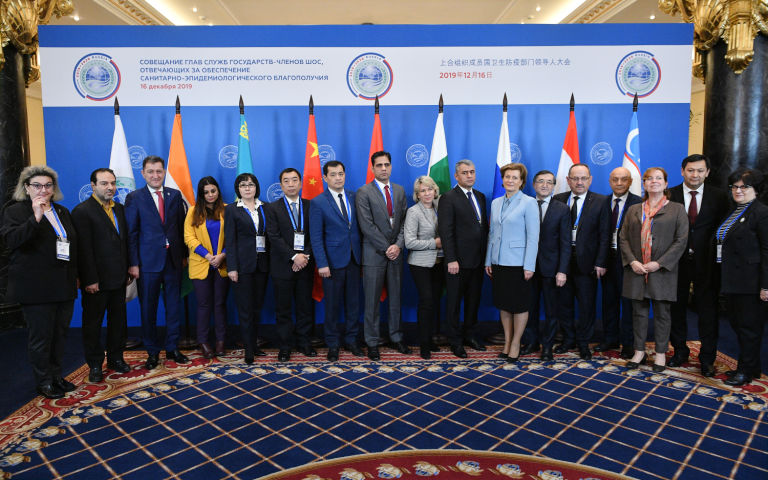 On 16 December 2019 Moscow hosted a regular session of Heads of Sanitary and Epidemiological Welfare Services of the SCO Member States. Attending the event were representatives from the SCO member states: India, Kazakhstan, China, Kyrgyzstan, Pakistan, Tajikistan, Uzbekistan; observer countries: Belarus and Iran, and Armenia as an SCO dialogue partner.

The topic of discussion was current global challenges caused by infectious diseases that threaten sustainable development in the SCO region and the call for a coordinated joint effort from the member states.

The plenary session was opened by Anna Popova, Head of the Federal Service for the Supervision of Consumer Rights Protection and Human Well-being (Rospotrebnadzor),  Chief State Sanitary Doctor of the Russian Federation. In her opening remarks she stressed that Russia manages to neutralise the risks of infectious diseases, such as plague, anthrax, and cholera that carry general risks for the SCO countries, thanks to efforts taken by Rospotrebnadzor such as monitoring, vaccination and supervision. The speaker focused on a systematic effort to increase the ability to respond to sanitary and epidemiological emergencies in neighbouring and distant countries.

According to Rospotrebnadzor, 17 mobile microbiology labs have been sent to Kazakhstan, Kyrgyzstan, Tajikistan, Uzbekistan, Belarus, Mongolia, Armenia, Vietnam and Guinea. Over the past four years about 300 specialists have been trained for these countries’ agencies, and diagnostic equipment, personal protective gear and supplies have been delivered. This effort is to be continued.

It was emphasised that Rospotrebnadzor’s Reference Centre, which monitors and studies microorganism resistance to antimicrobials, is prepared to work with the SCO countries to detect treatment-resistant pathogens and also to monitor the presence of antibiotics in food. This agency has experience in working with the Eurasian Economic Union countries and Tajikistan.

The participants stressed that the foundation for maintaining biological safety in the SCO region is reliable and stable sanitary and epidemiological state agencies including well developed laboratory networks, personnel, research and methodological base, as well as a management system that can provide an effective warning, timely detection and prompt response to a biological security risk

Following the session, Russia’s proposal to draft a joint action plan was supported. The action plan is designed to implement the Declaration on Joint Efforts Against the Threat of Epidemics in the SCO space, which was adopted by the SCO Council of Heads of State in Qingdao on 10 June 2018. 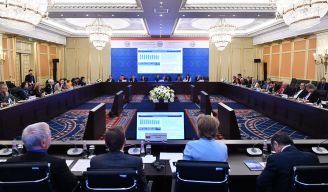