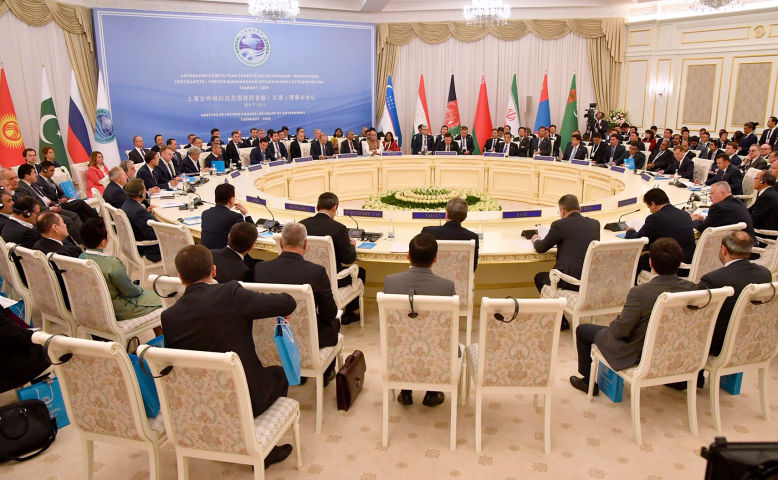 A Council of Heads of Government (prime ministers) meeting of the SCO member states, chaired by Uzbekistan, was held in Tashkent on 1-2 November 2019.

The discussions focused on strengthening the economic aspects of the SCO in the interests of ensuring stability and the sustainable development of its member states, developing consolidated approaches to global and regional challenges and threats in the economic sphere. Joint steps have been identified to promote multidisciplinary SCO cooperation in this area, including during Russia’s SCO presidency in 2019-2020.

The Joint Communiqué adopted following the meeting reflects the common vision of the processes in the global and regional economies. In particular, the participants confirmed the importance of developing trade, economic, financial and investment cooperation, cultural and people-to-people ties, building infrastructure, digital and energy connectivity in Eurasia in the interests of creating a broad space for open and mutually beneficial partnership and equal cooperation in order to ensure reliable security and sustainable development. In addition, the document emphasises the need for continued and consistent strengthening of an open, inclusive, transparent and non-discriminatory multilateral trade system based on WTO rules, as well as preventing any unilateral protectionist measures in international and regional trade.

A revised version of the Programme for Multilateral Trade and Economic Cooperation was approved at the meeting. It identifies the organisation’s goals until 2035 in trade and investment, banking and financial cooperation, transport and logistics, industry, agriculture, energy, customs, innovation, ICT, spatial development, region-to-region interaction, tourism, environmental protection and education.

The SCO budget for 2020, the Concept for interaction between the railway administrations of the member states, the Rules of the Consortium of Economic Analysis Centre, the Programme for Enhancing the Environmental Wellbeing of Cities in the SCO Member States, as well as decisions on a number of issues relating to the financial and organisational activities of the SCO permanent bodies were adopted. An agreement was reached to draft a Concept for Cooperation of the SCO Member States in Developing Remote and Rural Areas in the Digital Era and an action plan to implement it.

A memorandum between the customs services of the SCO member states on the mutual integration of national transport systems and a memorandum of understanding between the SCO Secretariat and the Food and Agriculture Organisation of the United Nations were signed on the sidelines of the meeting.

The next Council of Heads of Government (Prime Ministers) meeting of the SCO member states will be held in the Republic of India in 2020.