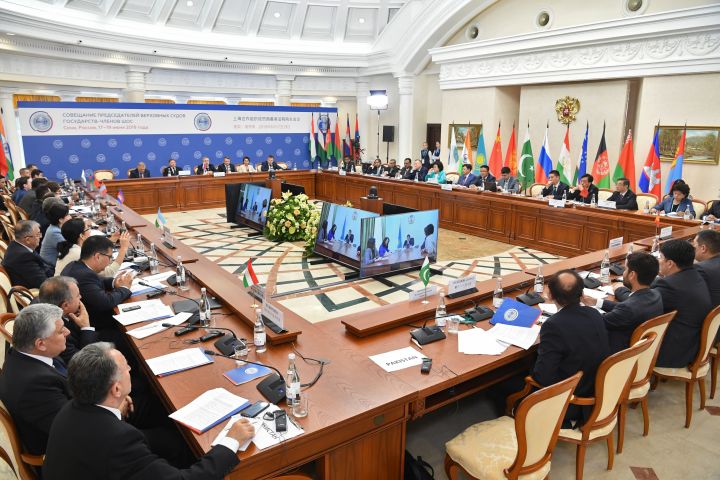 During the meeting, representatives of the SCO member states discussed the following key topics:

1.     Reducing the time and the number of pending cases at various levels of the judicial system, the mechanism for pre-trial settlement (efforts at conciliation to resolve disputes), the experience of SCO countries.

2.     Court application of national and international legal acts to protect the family rights of children, including those related to the protection of children’s property rights.

3.     Reviewing court decisions and sentences that have entered into legal force in criminal cases.

5.     Measures to strengthen the independence of the judiciary.

Discussion No. 2 proved one of the most heated (Court application of national and international legal acts to protect the family rights of children, including those related to the protection of children’s property rights). Supreme Court judges from Kazakhstan, Tajikistan, Uzbekistan, and Kyrgyzstan actively participated in the debate. Representatives of the participating countries spoke about the new editions of codes and laws protecting children's rights, which contain fundamentally different approaches to regulating existing legal relations. The participating judges also focused on current problems in legal proceedings that need to be addressed.

Firuz Tursunov, Supreme Court Judge of the Republic of Uzbekistan:

“A presidential executive order on additional measures to further strengthen the guarantees of children’s rights in Uzbekistan in 2017-2021 introduced the office of children's ombudsman in the republic; it also established the office of the ombudsman, which promotes policies that ensure children’s rights. Based on this, amendments and changes are being developed to the Law on the Representative of the Oliy Majlis of the Republic of Uzbekistan for Human Rights (Ombudsman). For example, today in our country, children left without parental care are provided with all types of social services up to the age of 18 regardless of their place of registration or citizenship; they are granted the right to reserve accommodation in municipal and public housing; and thorough review of their petitions to state bodies is guaranteed. All this is of great importance for each of them.”

Most participants agreed that the institution of reviewing sentences that have entered into legal force plays a major role in protecting rights and legal interests of victims as well as in correcting mistakes by lower courts. According to Chief Justice of the Supreme Court of Tajikistan Shermuhammad Shokhiyon, it is still necessary to address many issues such as court procedure when hearing supervising complaints and protests or minute taking at supervisory courts. However, the main things are already being done, thanks to international experience sharing within the SCO among other things; and the principle of competition and equality between the prosecution and defence is beginning to work.

Irina Kochina, Judge of the Supreme Court of Russia:

“Thanks to a whole range of serious amendments, the cassational part of the process will soon turn from something exceptional into a regular part of criminal proceedings. I believe that my colleagues will agree with me, because the laws of many SCO countries include a clause that allows the court to review the case if mistakes related the factual circumstances were made, or if an innocent person was convicted. I hope that Russian legislators and lawyers will also address this issue as part of improving court procedure.”

Vyacheslav Lebedev, Chief Justice of the Supreme Court of the Russian Federation:

“The legislation of the Russian Federation on court organisation, legal proceedings and the status of justices provides for a ramified and effective system of guarantees of judicial independence. The development of these guarantees is an absolute priority in the work of the Supreme Court of the Russian Federation. Therefore, the experience of the SCO member states in consolidating judicial independence is of special interest for Russia and other participants in the Meeting of Supreme Court Chief Justices of SCO Member States."

Following the 14th Meeting of Supreme Court Chief Justices of SCO Member States, the participants signed a joint statement. The event was capped off by a gala reception on behalf of the Chief Justice of the Supreme Court of the Russian Federation. 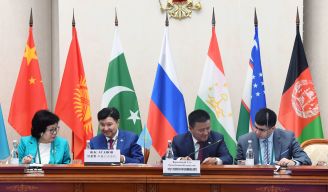 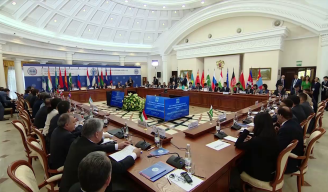